We love imagery.  Words conjure up some spectacular visuals.

Add them to seasonal fashion clothes and you can almost feel the sensations embracing you, just like a successfully designed collection.

I love words.  They evoke so many stories.  Words are imperative to the fashion industry.

Some words I particularly enjoy reading are the colorful expressions the WWD.com editors deliver through their seasonal emails.  Some are highly creative, presenting stories where we, readers are introduced to a designer’s seasonal collection by reading the marketing description.

In this case, Pre-Fall 2015 women’s collections are starting to make their way to our inbox(for those who are subscribers).  It is a point of enjoyment for me.  The WWD.com links into their site allow us to view each designer’s collections.

Of most interest to me are the opening paragraph blurbs describing how the collection speaks.  For instance, a couple enjoyable blurbs-

Gilles Mendel described his pre-fall lineup as “a potpourri of beautiful things that stand on their own.”

Pre-fall was all about illusions for Reem Acra — subtle, pared-down glamour with a demure sensuality.

According to his notes, Elie Saab’s mission for pre-fall was to “infuse finery into folk fantasy with the modern nomad in mind.”

When approaching pre-fall, Derek Lam couldn’t get a particular exhibit out of his mind, even though he’d seen it several years ago. “Malevich and the American Legacy at the Gagosian — I kept thinking about it, and about how this Russian painter’s works from the Fifties shaped American creativity of the Seventies,” Lam said.  Specifically, he was drawn to the way Malevich used circles and squares (he called the latter “quadrilateral lines,” Lam noted).

By Amanda Kaiser
with contributions from Kelly Wetherille

TOKYO — “I think it’s a little bit more edgy, this one. So I’m very excited,” Simons said during an interview at the Grand Hyatt two nights before his show, which took place on a massive set beneath an enormous pipe grid structure — an attempt to create what the designer termed an “urban landscape abstraction.” Faux snowflakes made of a dissolving foamy substance fluttered down from the rafters for the entire show, creating a dreamy, fantasy-like atmosphere.

Enjoy some of my Style Integrity Pinterest Pins that have caught my eye for Pre-Fall 2015, thus far.

Style Details Can Be Found In The Words We Speak Every Season! 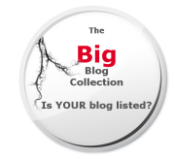 Style Over Coffee
the CITIZENS of FASHION